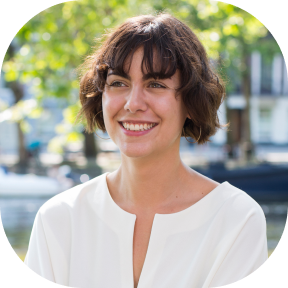 The biggest barrier our company faces

The biggest barrier  smaller or lesser-known companies faceis fear. Potential clients fear the unknown and fear damaging their reputation. I’ll give you some examples:

Say you just started a new job. You invite some new work colleagues over for a BBQ and head to the supermarket.

Looking for BBQ sauce in the condiment aisle you find 3 varieties. Which do you choose?

Most people will choose a) since it is a recognisable, reliable crowd-pleaser. You aren't to blame if someone doesn’t like it. It’s made for the masses. Second is c) because some people just want the cheapest option. In last place is b) the unknown company.

The same thing happens in business. The majority of people, when put in charge of choosing a supplier, contractor, or partner, will go with a generic option. To go outside of this is scary as there are more unknown variables (known as risk-aversion). Plus if something goes wrong, it is your neck on the line. There is a part to play on our part to provide social proof and gurantees as the new competitor on the scene. But 9 times out of 10, decision-makers will not stray from their comfort zone.

The influence of branding is nothing new. In 2013, a group of subjects in an Auckland University study were consciously changed from a branded to a generic medication. They reported more symptoms and side effects. In fact both versions were placebos. Branded drugs and their non-branded equivalents have the same active ingredient, producing the same effect. The issue is the unconscious brand bias and the likelihood that you are more likely to be concerned about possible side effects if you do not recognise the name on the box - setting up negative expectations early on.

The benefits of the unknown

Picking up the bottle of ‘Mama W’s Family Recipe’ sauce, you read the label on the back. The Williams family had been making their sauce from scratch at home for decades. Their choice ingredients make for a smoky and tangy flavour and are all natural. Now they are opening their home up to you, the consumer.

This isn’t a multi-national producing millions of bottles a year. The ingredients aren’t engineered for the masses and chosen for longevity and profit-margins. This isn’t going to be a generic meal. It’s made by people who specialise in BBQ sauce for those people who really like BBQ sauce.

Here is my argument for picking the smaller company:

Lauren Macpherson
CCO
I'm an avid sharer of the latest news, tools, and tricks relating to all aspects of product development. My main aim is to stay true to our Explain-Like-I'm-5 roots: keeping things simple and easy to understand. My other is to find any excuse to talk about gaming.

Lauren Macpherson
January 6, 2021
Idea generation, rating, and testing
There is nothing wrong with solely building products for clients. In fact, it's one of the best ways to gain a lot of experience and attain specific knowledge that can be leveraged to build your own products. However, the agency model is not a great business model and unless you truly enjoy every part of it, it's wise to avoid scaling an agency. There are benefits to remaining small by design. At a smaller scale, it's easier to make a profit, you are free to pick projects that bring specific knowledge and new opportunities, and handling your operations can still be done without it requiring too much of your attention.
Read blog